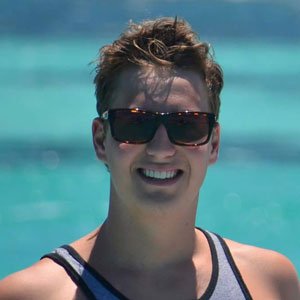 Royce has always had a passion for the ocean, it begun as soon as he was born going to Rottnest Island every weekend on the family boat.

He became a PADI open water scuba diver at 14 and after doing his Rescue diver course at 19, discovered freediving. Since beginning freediving he has devoted himself to it entirely.
Royce’s main underwater passion is spearfishing, he has speared majoirty of the West Australian coast as well as overseas in places such as Tonga, Vanuatu, New Zealand, Indonesia and Hawaii.
His other passions include underwater photography, particularly of marine mammals and prized spearfishing species, yoga and ocean conservation. Having graduated UWA as an Environmental Engineer with a major in Ocean systems, Royce has a huge passion for conservation and says he finds freediving an unbelievably amazing way to experience the ocean and interact with marine life.

The Australian Government has just issued new public health orders to help protect the community and reduce the spread of COVID-19. In response, Apnea Australia will be making some temporary changes to business operations. As pool and ocean access is temporarily not possible, all pool and ocean sessions are cancelled until further notice. We encourage everyone to continue with dry training exercises. Courses will not be held on site as gatherings are not allowed, but we are working on online options which will be complimented by practical sessions once restrictions are lifted. As Australia slowly begins to lift restrictions, we will make the required adjustments to our activities and will update you here and on our other social channels on upcoming courses and training sessions. Stay safe and enjoy the silence